With the iconic look and sound of 1950s-era Les Pauls, the Epiphone Les Paul Standard ’50s is full vintage character and classic rock ‘n’ roll vibe. A mahogany body pours out warm resonance, while a maple top punches up the tone with clarity and snap. The comfortable ’59 Rounded Medium C neck snugs perfectly into your hand for easy chording and dynamic fret runs. Powered by Alnico ProBucker pickups, the Epiphone Les Paul Standard ’50s has a distinctive rock ‘n’ roll growl when pushed and a warm, pleasant top end when you lay back. Premium appointments, such as Epiphone Vintage Deluxe machine heads, LockTone ABR Tune-o-matic bridge, and high-quality CTS ’50s-style wiring complete the package on this formidable tone machine, available from Leen Music. 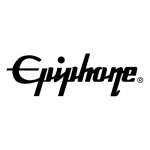 A universe of tone with ProBucker pickups

The ProBuckers on the Les Paul Standard ’50s feature Alnico II magnets — the same as sought-after vintage PAF humbuckers — for rich, warm tone with crystalline highs and a tight bottom. With a ProBucker-1 in the neck position and a (slightly overwound) ProBucker-2 in the bridge position, crank your gain, and you can do some serious damage. We’re talking legendary Les Paul — fat, snarling tone served up with exceptional sustain.

The classic “P.A.F” sound is closer than you think

Epiphone’s ProBucker™ humbucker has quietly become one of the most talked about pickups in the industry. It has fooled experts, vintage purists, and even luthiers who have worked with the best vintage examples from the late 50s and early 60s. Epiphone ProBucker™ humbuckers are the real deal–made with 18% Nickel Silver unit bases and covers, the same alloy used by Gibson at the Kalamazoo factory when the humbucker was first invented. The use of Nickel Silver reduces the occurrence of eddy currents due to low conductivity and provides a more transparent and crisp output. The size and shape of the bobbins also has a great impact on tonal response. And the bobbins used on ProBucker™ pickups duplicate the size and shape of the gold standard in the industry, Gibson humbuckers. Epiphone ProBucker™ pickups also feature sand cast Alnico II magnets, high quality 4 conductor lead wire, and are vacuum wax potted to eliminate microphonics. 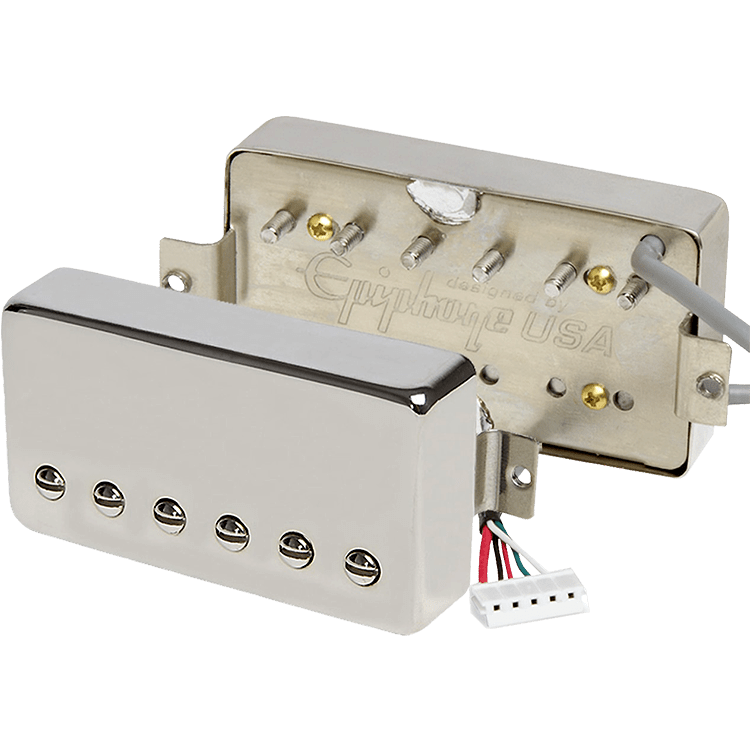 The Les Paul story started with an instrument called “The Log.” In the early 1940s, on a quest for an electric guitar that would sustain for days, Les Paul — the legendary guitarist and inventor — fashioned what may well have been the first solidbody guitar from a length of common 4″ x 4″ lumber. For appearances (and possibly playing comfort), Les sawed an Epiphone hollowbody in half and attached the two “wings” to either side of The Log. Les continued to develop the idea through a series of prototypes, ultimately resulting in the classic solidbody guitar we know and love.

With a Les Paul, you’re in good company

From rock to fusion and beyond, the Les Paul’s surly snarl has virtually defined attitude-laden overdriven guitar tone. Legendary guitarists such as Jimmy Page, Al Di Meola, Alex Lifeson, Slash, and countless others have forged their signature sounds with a sunburst Les Paul. Epiphone now gives you the opportunity to experience that one-of-a-kind tone and look at an amazingly affordable price with the Les Paul Standard ’50s. What’s more, the Standard ’50s comes with Epiphone’s limited lifetime warranty and is backed by Gibson’s 24/7/365 customer service — so you know you’re making a solid investment. 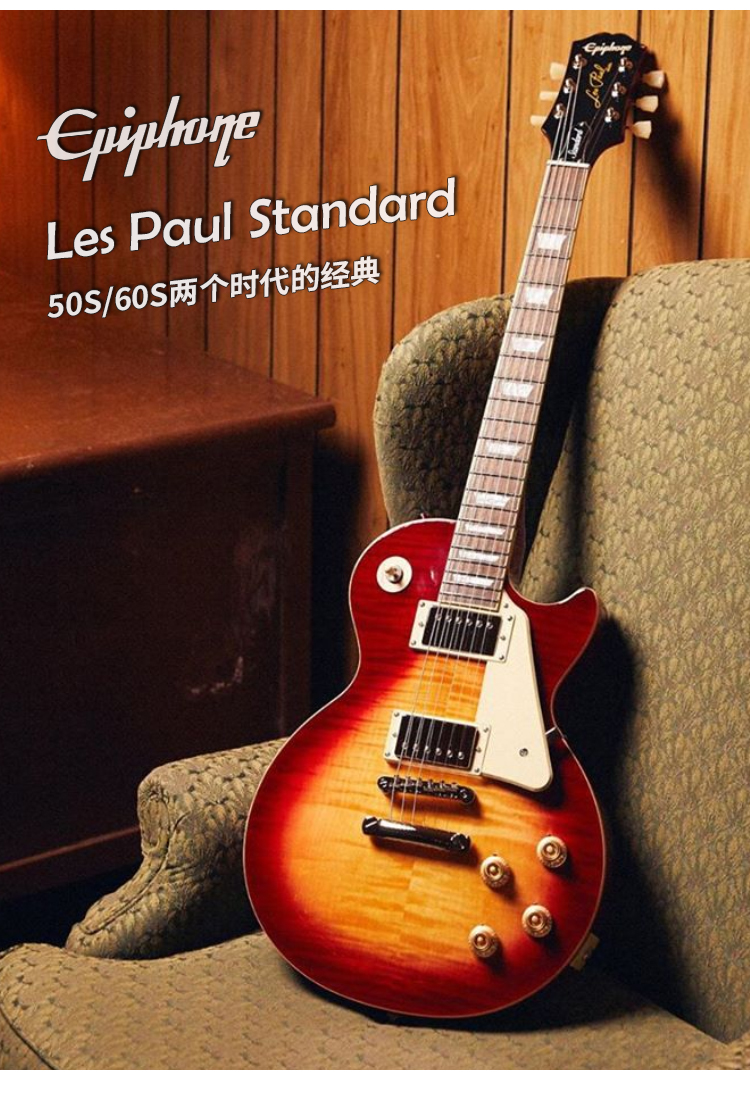 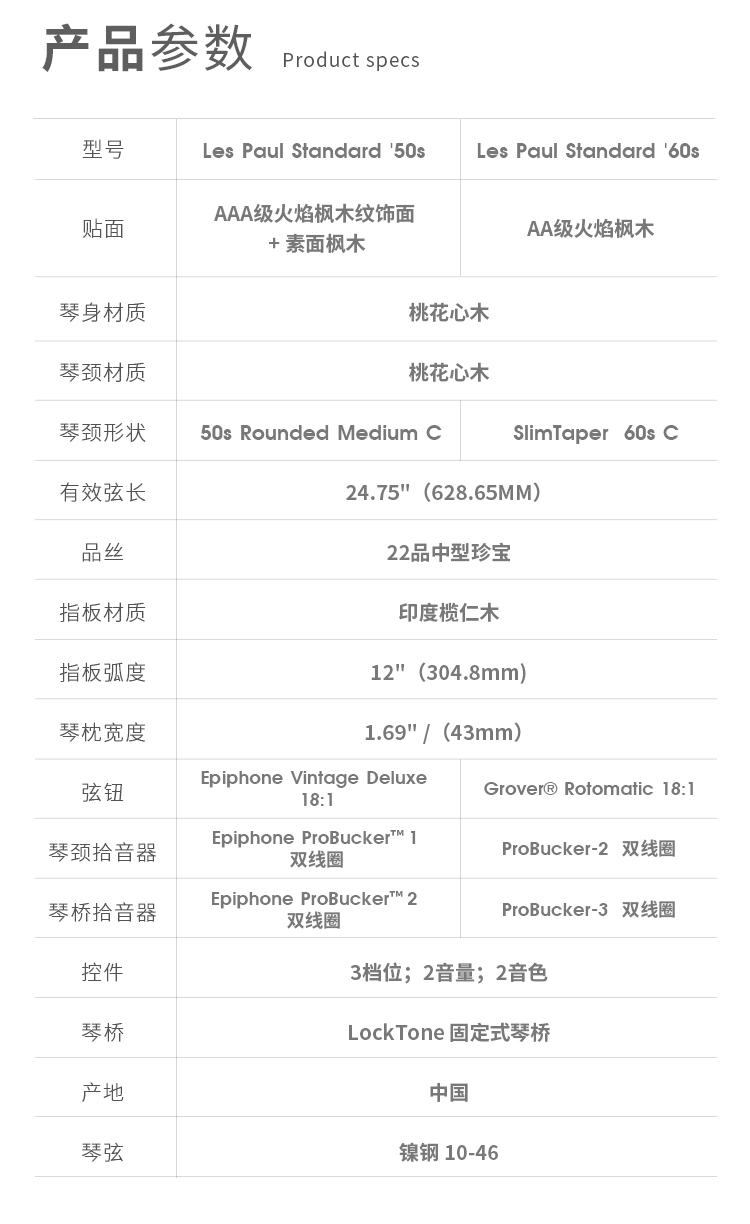 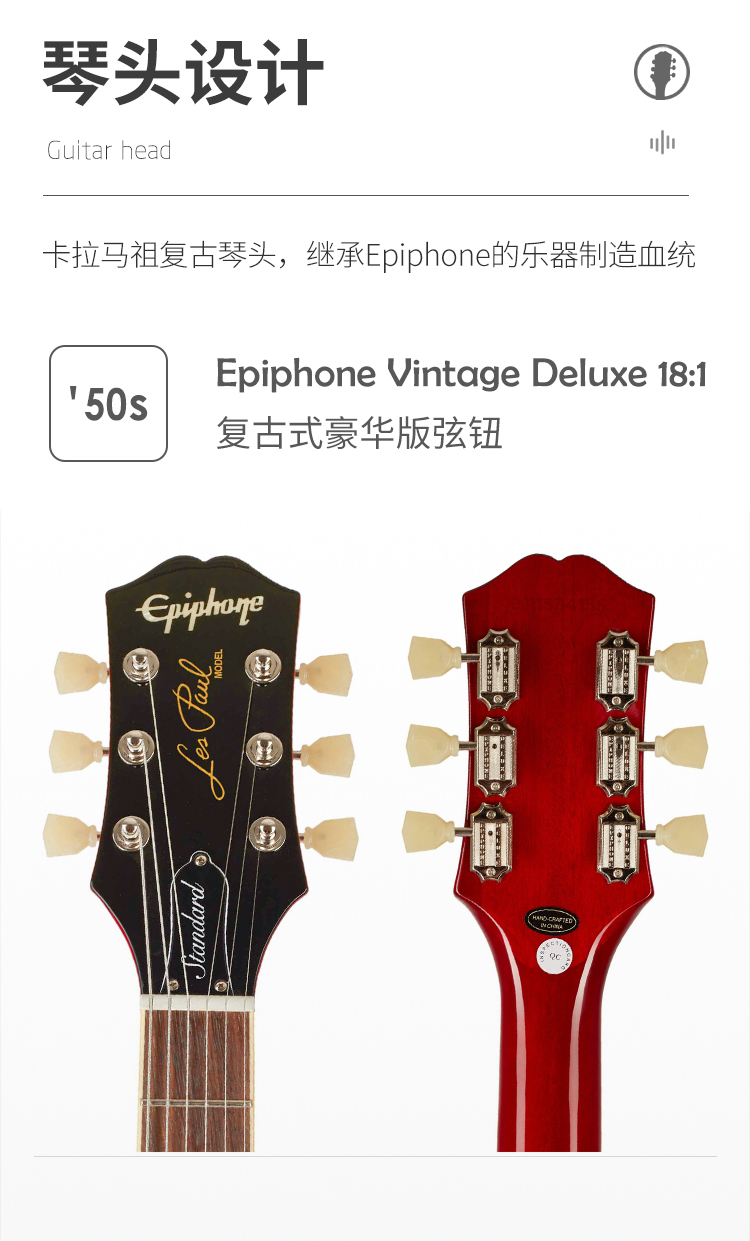 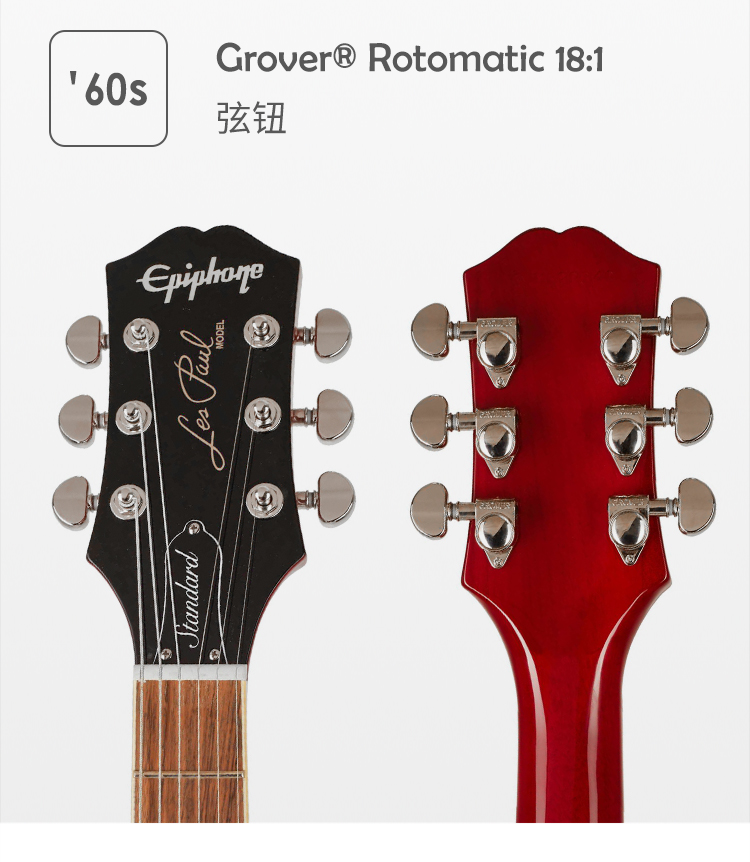 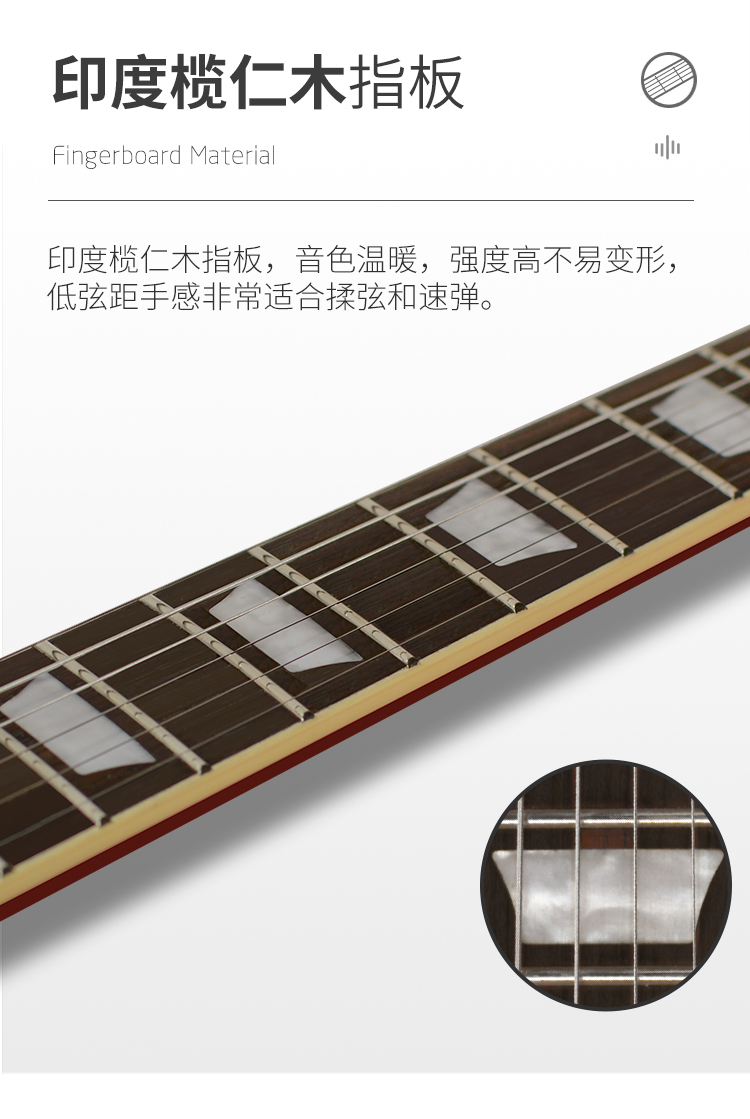 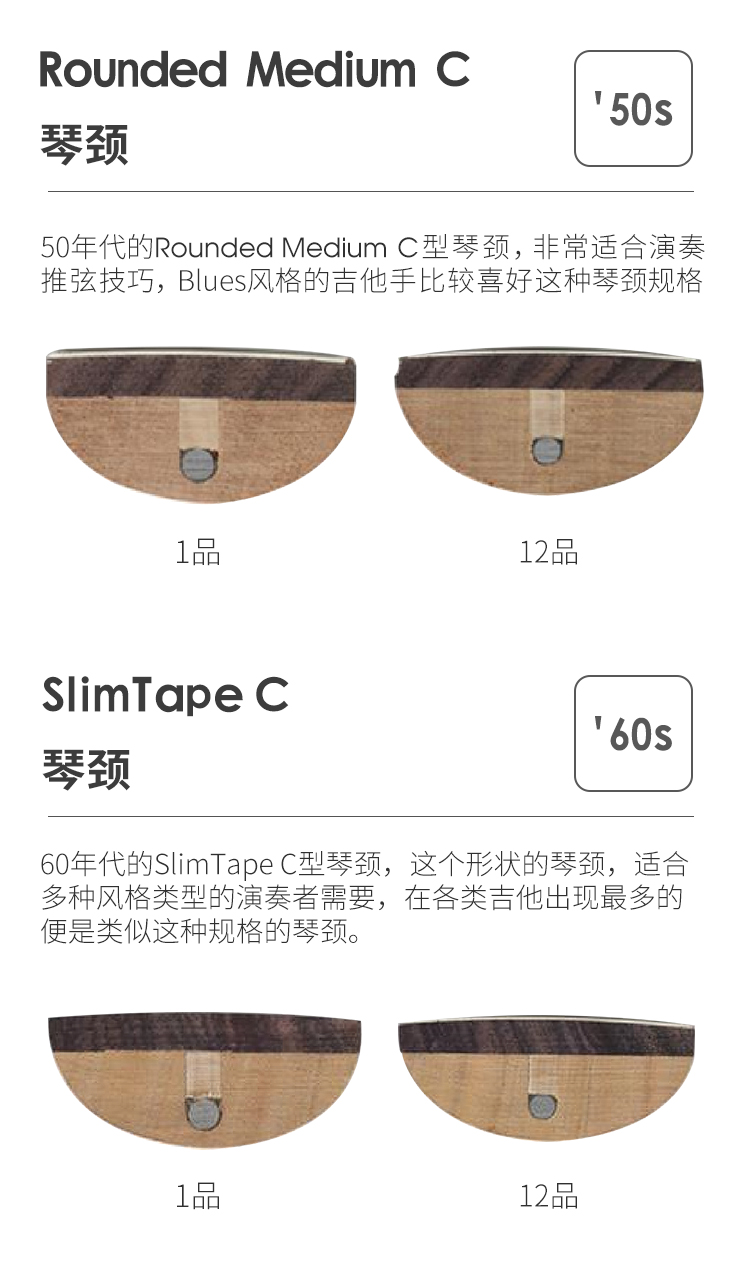 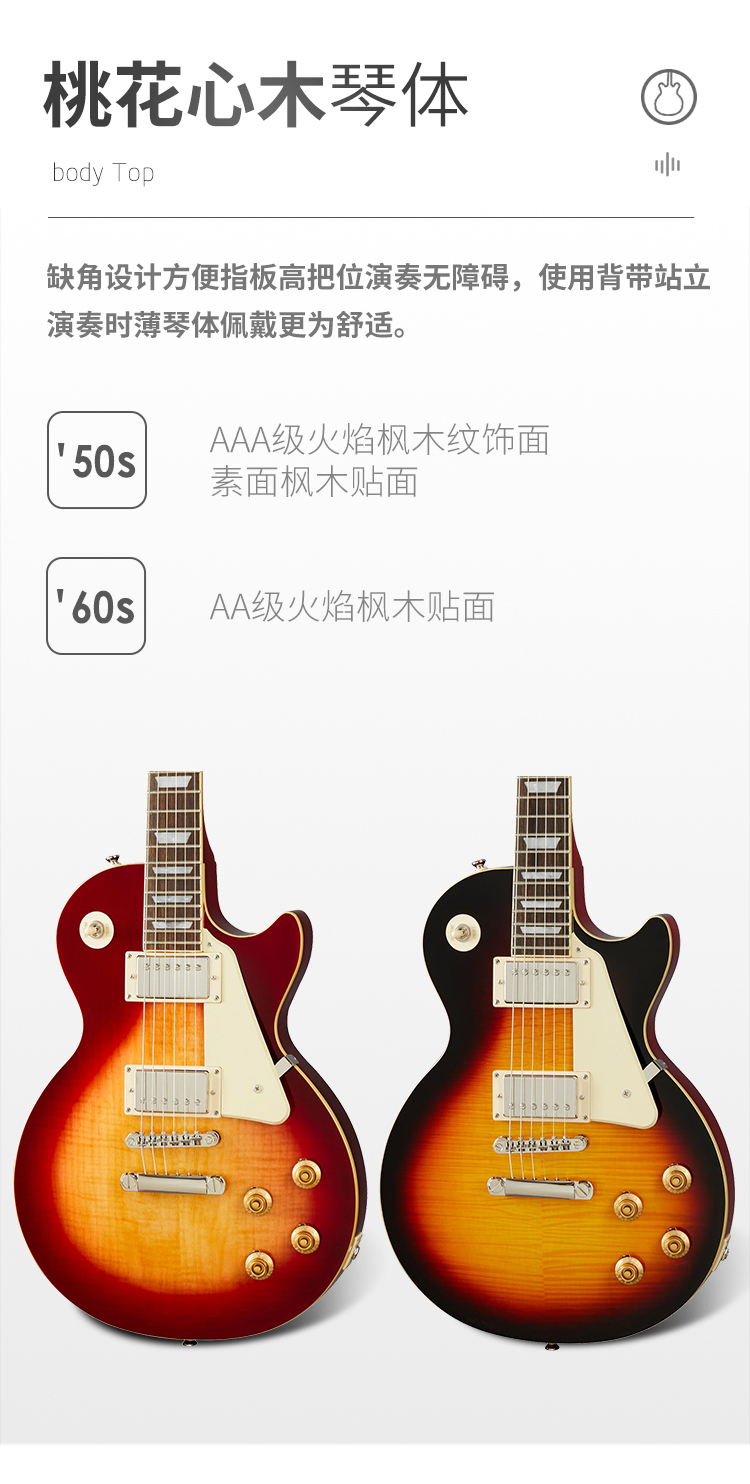 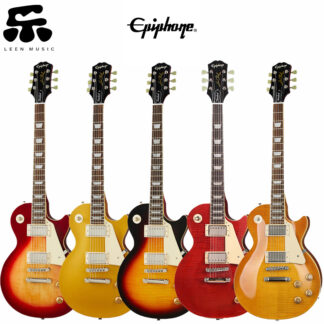 WhatsApp us for more information